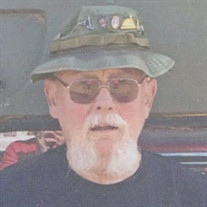 William E. "Bill" Dewey, 72, of Gibson City passed away Thursday June 25, 2020 at Barnes Jewish Hospital in St. Louis with his family at his side. A graveside Celebration of Bill's Life will be held 11:00 am Friday July 10, 2020 at Drummer Township Cemetery with military rites accorded. Pastor Gary Fairchild officiating. Memorial contributions may be made to GCMS High School Falcon Football Team, Gibson City United Methodist Church or to the American Cancer Society.

Bill proudly served in the United States Army during the Vietnam War. and enjoyed visiting the Vietnam Veteran Memorial every September near Kokomo, Indiana. He was a member of the Lee Lowery American Legion Post #568 and the VFW Post #6289 in Gibson City. After graduating high school Bill worked for his brother Charles Dewey as a grain elevator maintenance worker up until 2004 and then he worked for Kraft in Champaign and retired after twenty years of service. Bill was a devout follower of the GCMS Falcon Football team. He will be greatly missed by all that knew and loved him.

To send flowers to the family or plant a tree in memory of William Dewey, please visit our floral store.

To send flowers to the family in memory of William Dewey, please visit our flower store.