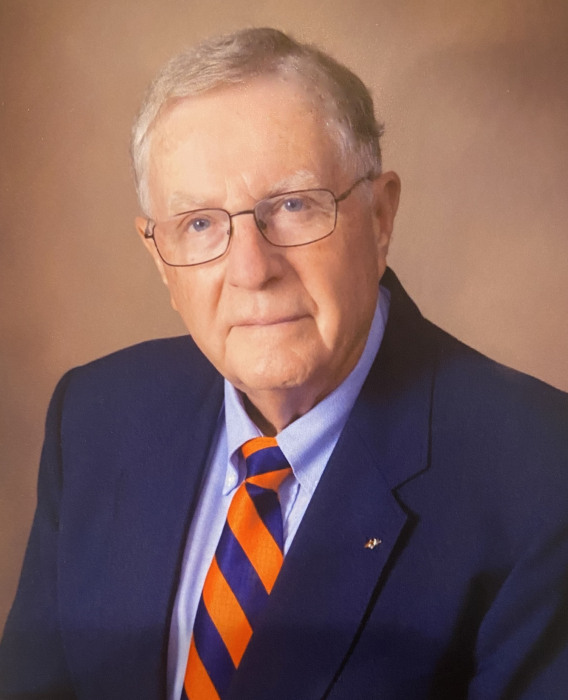 Vernon Dale Ashmore, 83, of Gibson City peacefully passed away at 10:30 am Tuesday July 27, 2021 at the Gibson Area Hospital - Annex with his loving family at his side.
Visitation for Dale will be held 10:00am-11:00a.m. Friday July 30, 2021 at the First Presbyterian Church in Gibson City. His funeral service will be at 11:00 am with Pastor
Ray Lantz officiating. Burial will follow at Drummer Township Cemetery. In lieu of flowers memorial contributions may be made to The First Presbyterian Church or to the
Gibson Area Hospital. Rosenbaum Funeral Home in Gibson City is in charge of arrangements.

After graduating from Gibson City High School in 1955, Dale graduated from Southern Illinois University at Carbondale in 1959, where he met his wife Carla. He graduated from the University of Illinois College of Law in 1963. He then lived in Paxton where he practiced law for 8 years. Dale’s true passion was teaching. After leaving the practice of law, he taught high school Social Studies and English for 23 years at Granite City High School and Granite City North High School in Granite City, where he raised his family.

He was a long time member and elder of the First Presbyterian Church in Gibson City, and an active board member serving on the Gibson Area Hospital Foundation and the GCMS Education Foundation. He was also a member of the Gibson City Lions Club and was an avid Illini fan and St. Louis Cardinals fan.

To send flowers to the family or plant a tree in memory of Vernon Dale Ashmore, please visit our floral store.

To send flowers to the family in memory of Vernon Ashmore, please visit our flower store.