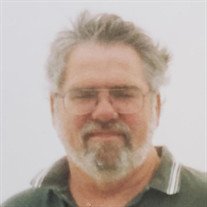 Roy A. Huron, 72, of Gibson City peacefully passed away at 11:52 am Wednesday July 22, 2020 at his home in Gibson City surrounded by his daughters. His graveside service will be held at 10:30 am Friday July 31, 2020 at Drummer Township Cemetery Jason Stacy, Roy's son-in-law will be officiating. Military rites will be accorded by the Lee Lowery American Legion Post #568. Memorial tributes may be given to Lee Lowery American Legion Post #568. Rosenbaum Funeral Home in Gibson City is assisting the family with the services.
Roy was born August 29, 1947 in Joliet. A son of Denver Huron and Dorothy Hare Huron. He is survived by four daughters Patricia (Douglas) Meehan of Cumming, Georgia, Laura Ashbrook of Mattoon, Kelly (Jason) Stacy of Fairfield, Ohio and Christine (Brian) Johnson of Cumming, Georgia. Eighteen grandchildren Ashley, Aiden, Riley, Noel, Noah, Justin, Kristin, Jeremy, Kayla, Jacob, Katherine, Jonathan, Kelsey, Karrie, Joshua, James, Joseph and Garrett. A sister Betty Lou Thomsen of Chatsworth and two brothers Bob Huron of Gibson City and Howard Edward Huron of Carson City, Nevada. He was preceded in death by his parents, and two sisters Donna Hoffman and Beverly May.
Roy graduated from Gibson City High School in 1965. He joined the United States Army in February of 1966. He served valiantly in Vietnam receiving the Bronze Star with Oak Leaf Cluster. He was a member of the 584th Engineer Company "Wooly Bullies" Pleiku Vietnam and an expert rifles man.
He owned and operated a trucking company in Baltimore Maryland. He enjoyed traveling the country while working. He visited many states and met many people. He eventually retired and moved back to Gibson City. He was a driver for Bradbury Auto Sales, he enjoyed watching NASCAR and being with his family. He will be missed by all that knew and loved him.

To send flowers to the family or plant a tree in memory of Roy Huron, please visit our floral store.

To send flowers to the family in memory of Roy Huron, please visit our flower store.