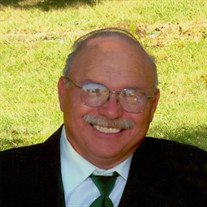 Robert A. Walker, 76, of Gibson City peacefully passed away at his home Friday January 22, 2021. Funeral services will be held 1:00 pm Friday January 29, 2021 at Rosenbaum Funeral Home in Gibson City. Visitation will be for one hour prior to the service and burial will be in Drummer Township Cemetery. Memorial contributions may be made to the family.

Robert was born March 8, 1944 in Greenville, Kentucky a son of Anthony and Evelyn Long Walker. He married Nancy J. Patterson on April 3, 1965 in Illiopolis, they have been married for 55 years. Nancy survives in Gibson City. Also surviving are two daughters Angela Kay Bowmen of Wickenberg, Arizona and Laurie Anne (Derek) Moxley of North Glenn, Colorado. One grandson Dalton Lee (Alex) Bowmen and two great granddaughters- Addyson and Pennelope. Two brothers- Ted Walker of Mahomet and Jereald (Marlene) Walker of Gibson City and a sister Janet (Daryl) Brewer of Elliott. He was preceded in death by his parents.

Robert was a truck driver for forty years retiring from Ron Cline Trucking of Heyworth. He was proud to have logged in over one million miles. He and Nancy traveled to many places by car, plane and RV motorhome. He enjoyed country music, old western movies and never forgot his country roots. He will be missed by his family and friends and will always be in our hearts.

To send flowers to the family or plant a tree in memory of Robert Walker, please visit our floral store.

Please click here to view the video tribute
To send flowers to the family in memory of Robert Walker, please visit our flower store.