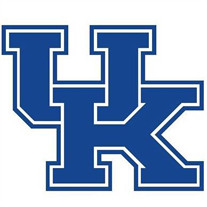 A Farewell Tribute will be from 4-6:00 p.m. on Sunday, August 5, 2018 at Railside Golf Club, 120 W. 19th Street, Gibson City. Rosenbaum Funeral Home in Gibson City is assisting the family with arrangements.

Memorials may be made in Rick's name to GCMS Cheerleading c/o Coach Miranda Leonard.

Rick was born on July 15, 1964 in Donte, Virginia , a son to Lewis Charles and Shirley Smith Amburgey.

He was preceded in death by his parents.

Rick was the self employed owner of Gibson City Construction Management, engineer and project manager.

He was an avid Kentucky Wildcat Basketball and football fan. He enjoyed watching his daughter cheer for the 2017-18 2A State Championship GCMS Falcon Football team GCMS Heart of Illinois Conference Basketball Champions.

To send flowers to the family or plant a tree in memory of Rick Charles Amburgey, please visit our floral store.

To send flowers to the family in memory of Rick Amburgey, please visit our flower store.