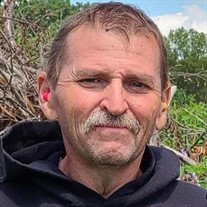 Raymond E. Zook, 56, of Melvin peacefully lost his battle with cancer at 12:00 noon Sunday November 22, 2020 at his home in Melvin with his family by his side which is where he wanted to be. A private family service will be held Saturday November 28, 2020. A public Celebration of Life will be held Saturday June 5, 2021. Memorial contributions may be made to the Melvin-Roberts Fire Department or to the family. Rosenbaum Funeral Home is assisting the family with their arrangements.
Raymond was born June 7, 1964 in Gibson City. A son of Roy and Gladys Wisehart Zook Sr. He married Lynn A. Mileham on June 3, 1990 in Gibson City they have been married for thirty years. Lynn survives in Melvin. Also surviving are their children- Caleb Zook of Melvin, Katie Zook of Collinsville, Melanie Zook, Esther Zook, Jacob Zook, Naomi Zook and Hannah Zook all of Melvin. His mother Gladys Zook of Gibson City and his siblings Lisa Walker of Gibson City, Roy (Phyllis) Zook Jr. of Farmer City, Sarah (Jim) Gulley of Ft. Worth, Texas and Rebecca Zook of Gibson City as well as many aunts, uncles, cousins, nieces and nephews. He was preceded in death by his father and a sister Edna Eilts.
Raymond was a powder coater at Alamo in Gibson City for twenty-three years. He was a long-time member of the Melvin Fire Department and loved serving his community as a first responder. He was very close with all of his fellow brothers and cherished the brotherhood comrade. He had many hobbies, he loved to go fishing, anything related to airplanes, the Air Force and NASA. His favorite vehicles were FORD, especially the T-Bird Thunderbird. He enjoyed watching NASCAR and was able to go to the Daytona 500, and was a big Richard Petty fan, even meeting him once. Once while working at Walt Disney World he met Ronald Reagan and shook his hand backstage. He also met Governor Jim Thompson and shook his hand on top of the Gibson City Hospital in the 1980's. He loved building model cars, planes, rocket ships, 3-D puzzles and trains. He was also a big fan of old movies including Dragnet, Sherlock Holmes, Godzilla, King Kong and Frankenstein as well as Emergency, Adam 12, everything John Wayne and comedy and thrillers. He was a true nature lover feeding and nursing any injured bird, bunny, kitten or puppy. He was always working on something, cars, tractors, house projects, plumbing, electrical and carpentry his knowledge will be greatly missed. If he didn't know how to fix it, he learned how. He has always been a hard worker often having two jobs. Raymond will be greatly missed by all that knew and loved him.

To send flowers to the family or plant a tree in memory of Raymond E Zook, please visit our floral store.

To send flowers to the family in memory of Raymond Zook, please visit our flower store.