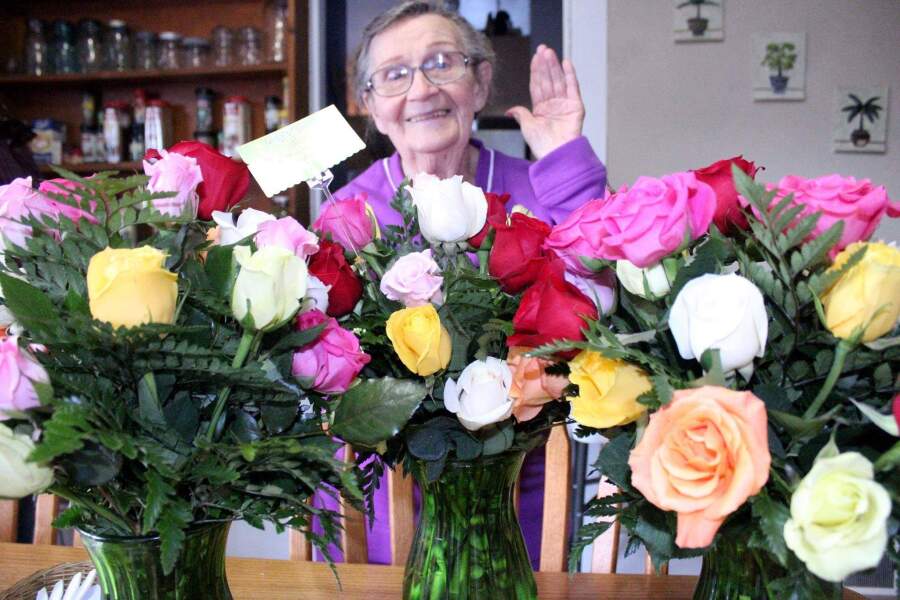 Penny Lorenzen, 94, of Gibson City peacefully passed away on Friday January 28, 2022 at Carle Foundation Hospital in Urbana. Her graveside Celebration of Life service will be held at 11:00am Saturday April 9, 2022 at Drummer Township Cemetery in Gibson City.

Penny was born February 23, 1927 in Clinton, Illinois a daughter of George Wesley and Alice (Palmeson) Henderson. She married Richard “Dick” Lorenzen on April 9th, 1946 at the Shiloh Church. He passed away on March 18, 1983.

Penny worked as a meat wrapper for over 30 years at Jim’s Food Center, Eisner’s, and then the IGA. She was the President of the VFW Auxiliary for many years, and also was a member of the First Christian Church. Penny will be missed dearly by all that knew and loved her.

To send flowers to the family or plant a tree in memory of Penny Lorenzen, please visit our floral store.

To send flowers to the family in memory of Penny Lorenzen, please visit our flower store.