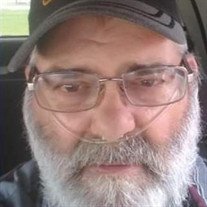 Martin Michael "Mike" Gardner, 69, passed away peacefully at his home in Paxton on Wednesday January 8, 2020. His funeral mass will be 10:30 am Wednesday January 15, 2020 at Our Lady of Lourdes Catholic Church in Gibson City with Father Don Van Bui officiating. Burial with military honors will take place at Drummer Township Cemetery. A wake service will be held at 4:00 pm Tuesday January 14, 2020 at Rosenbaum Funeral Home in Gibson City, followed by the rosary at 4:30 pm and then visitation from 5:00-8:00 pm. Memorial contributions may be made to Boy Scout Troop #32 or to the Mike Gardner family.
Mike was born October 18, 1950 in Bloomington, a son of Martin Eugene Gardner and Frances Mae Johnson Gardner. He married Laurie J. Persons on May 11, 1974 in Gibson City they were married forty-five years. Mike is survived by his wife Laurie of Paxton. His mother - Mae Gardner of Gibson City. A daughter Lucie (James) Mills of Paxton. Nine grandchildren - Marinna (Jon) Taylor, Bryce Ogburn, Gavin Ogburn, Taylor (Nolan) Hamblin, Aaron Gardner, Alice Mills, Amelia Mills, Christopher Ogburn and Damion Cooley. Also, four great grandchildren Jacob Taylor, Joseph Taylor, Miranda Taylor and Aiden Jimenez. Siblings surviving are Linda (Lloyd) Case of Kentucky; Tim (Pam) Gardner of Gibson City, Greg (Peg) Gardner of Danvers, Pat Gardner of Nebraska and Sean (Sherri) Gardner of Gibson City. As well as several nieces and nephews. He was preceded in death by his father, a son Marty, brother Geary and an infant brother.
Mike proudly served his country and is an Army Veteran. He was a diesel mechanic for twenty-six years working for JM Jones / Super Valu as well as owning his own small engine repair shop in Gibson City. He was proud to be a PBL bus driver for the last nine years. He loved his precious passengers as his own. He was also Scout Master of Troop #32 for twenty-eight years. He loved spending time with his family and adored his grandchildren and great grandchildren. He will be greatly missed by all that knew and loved him.

To send flowers to the family or plant a tree in memory of Mike Gardner, please visit our floral store.

Please click here to view the video tribute
To send flowers to the family in memory of Mike Gardner, please visit our flower store.