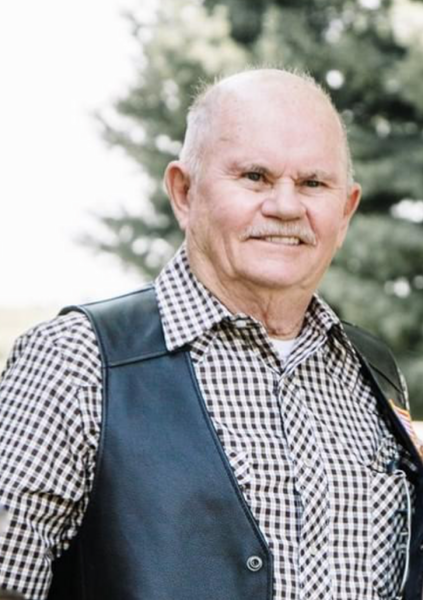 Michael A. Grove, peacefully passed away Tuesday June 22, 2021 in Gibson City. Visitation will be held 10:00-11:00 am Wednesday June 30, 2021 at Rosenbaum Funeral Home in Gibson City. A Celebration of Life Service will be held at 11:00 am at the funeral home. Burial with military rites will follow at Drummer Township Cemetery. A casual gathering of friends and family will follow at the Lee Lowery American Legion Post #568 in Gibson City. Memorial contributions may be made to the VFW Post #6289 or to the Lee Lowery American Legion Post #568.

Mike was born March 1, 1942 in Clinton, Illinois. A son of Homer A. and Winifred Lavona Orrison Grove. He married the love of his life Carol Knerr on April 30, 1988 in Rantoul. She passed away on November 29, 2011. He is survived by two daughters Michelle (Matthew) Fink of Hallsville and Debbie (PJ) Pittenger of Mahomet. Three grandchildren Chelsea, Morgan and Brandon and two great grandchildren Dyllin and Kamryn. Also, his feline furbaby Buddy. He was preceded in death by his parents, two sisters and a brother.

Mike proudly served in the United States Air Force.  He was an Assistant Fire Chief at Chanute until his retirement. He was currently the commander of the VFW Post #6289 in Gibson City as well as a long-time member. He was also a member of the Elliott Amvets, The Lee Lowery American Legion Post #568, the 40 and 8, the firing squad for the burial rites and the flag raising team before each Falcon home football game. He enjoyed time at the Foosland Sportsman’s Club, hunting, fishing, camping and NASCAR. Mike was loved by all that knew him, he was a kind and gentle soul.

To send flowers to the family or plant a tree in memory of Michael Grove, please visit our floral store.

To send flowers to the family in memory of Michael Grove, please visit our flower store.