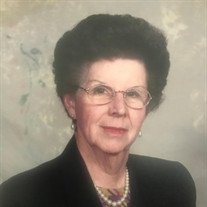 Mary A. Wurmnest, 93, of Gibson City formerly of Sibley went home to the Lord at 12:30am Sunday August 16, 2020. Her loving family had the privilege and honor of caring for her in her final weeks. A rosary will be recited at 3:30 pm Wednesday August 19, 2020 at Rosenbaum Funeral Home in Gibson City followed by visitation until 6:00 pm. A mass of Christian Burial will be held at 10:00 am Thursday August 20, 2020 at Our Lady of Lourdes Catholic Church in Gibson City with Father Dong Van Bui officiating. Burial will be at Mt. Hope Cemetery in Sibley. Memorial contributions may be made to Our Lady of Lourdes Catholic Church.
Mary was born August 22, 1926 in Chatsworth, a daughter of James and Alma Fulton Lawless. She married Sylvester J. Wurmnest on February 22, 1947 in Gibson City. They were married forty-five years. He passed away February 27, 1992.
She is survived by seven children- Raymond (Dori) Wurmnest of Bloomington, James (Bonnie) Wurmnest of Sibley, Sharon (Dave) Jones of Champaign, Glenn Wurmnest of Fisher, Thomas Wurmnest of Sibley, Ann (John) Carlson of Joplin, Missouri and Angie (Randall) Hansen of Portland, Oregon. Sixteen grandchildren and seventeen great grandchildren. Three brothers Jerry Lawless of Strawn, John Lawless of Palm Coast, Florida and Dan Lawless of Jacksonville, Florida and four sisters Vera Hubley of Chatsworth, Alma (Bob) Lemme of Phoenix, Arizona, Theresa (Bob) Roland of Ashville, Alabama and Sister Aurelia (Rea) Wurmnest of Jacksonville, Florida. She was preceded in death by her parents, four brothers Jim, Pat, Joe and Dick Lawless and a daughter-in-law Becky Wurmnest.
Mary was a very active member of Our Lady of Lourdes Catholic Church in Gibson City. She started working at the Bank of Gibson City on the day they opened in 1979 and retired in 1993 as an assistant VP in bookkeeping. She was active in her community and treasured her family and her faith. She will be dearly missed by her family and friends.


To send flowers to the family or plant a tree in memory of Mary A. Wurmnest, please visit our floral store.

Please click here to view the video tribute
To send flowers to the family in memory of Mary Wurmnest, please visit our flower store.