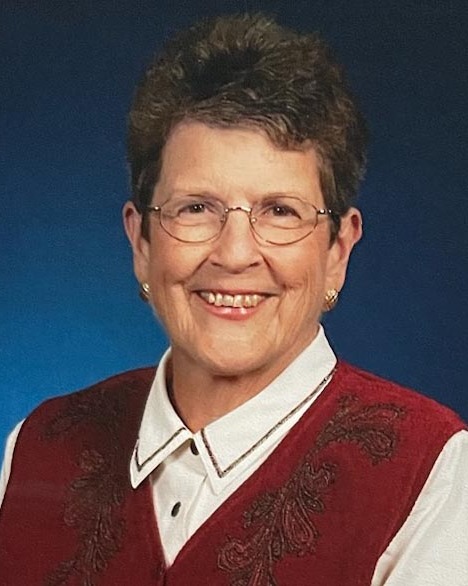 Mary Ann Hood, 91, of Gibson City peacefully passed away on Wednesday, January 11, 2023 at her home.

Mary Ann was born October 26, 1931 to Lester Y. and Luella Covalt Lacy in Orange, New Jersey. She spent her youth in Madison, NJ. Mary Ann attended DePauw University in Greencastle, Indiana for two years and transferred to the University of Illinois. She graduated with a degree in Home Economic Education with high honors.

Mary Ann taught high school in both Rochelle and Genoa, IL. She met the love of her life Ronald Ziegler Hood at the Wesley Foundation on the University of Illinois campus, and they were married on February 13, 1955 in Kansas, IL. Mary Ann and Ron lived in Belvidere and Sycamore, IL respectively.

In 1956, Mary Ann and Ron opened Hood’s Ace Hardware in Gibson City and operated the business for over thirty years. She and Ron travelled extensively internationally. Ron passed away on February 19, 2016 after sixty-one years of marriage.

Family was the center of Mary Ann’s life. She enjoyed being part of Ace Hardware and a small-town community.  She loved playing bridge and board games. She was a proud breast cancer survivor. She will be missed for her competitive spirit and quick wit.

Mary Ann was an active member of the Gibson City United Methodist Church, teaching Sunday School and serving as a delegate to the United Methodist Annual Conference. She was elected to the County Board of Ford County Illinois and served for 16 years.

A Celebration of Life Service will be held at 11:00 am Monday, January 16, 2023 at the Gibson City United Methodist Church with Pastor Gary Fairchild officiating. Rosenbaum Funeral Home in Gibson City is assisting the family with the services.

Memorial contributions may be made to the Gibson City United Methodist Church or to an organization of the donor’s choice.

To send flowers to the family in memory of Mary Ann Hood, please visit our flower store.