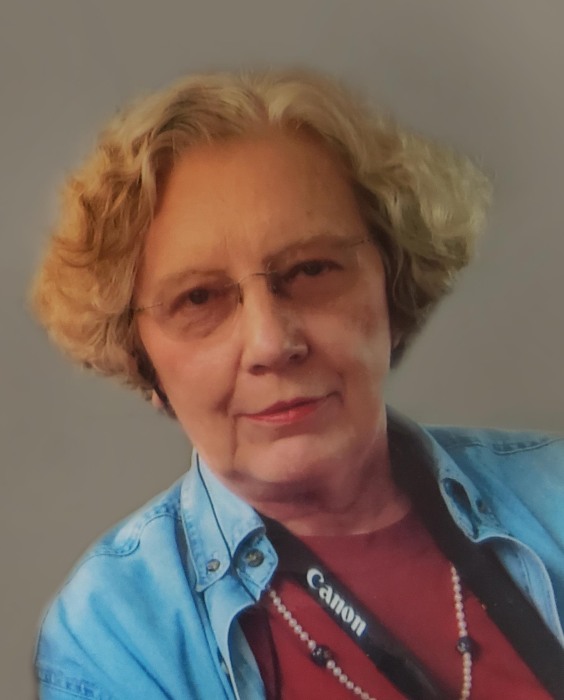 Louise R. Thompson, 82 passed away peacefully at 1:00 PM Tuesday afternoon at her home on Bayles Lake.  Her loving and dedicated family were at her side.  Visitation for Louise will be held 12:00-1:00 PM Monday, March 29, 2021 at Rosenbaum Funeral Home in Gibson City.  The funeral service will follow at 1:00 PM with Pastor Gary Fairchild officiating.

Louise was born on March 29, 1938 in Madison, Wisconsin.  She was the first daughter of Ernst and Dorthea Rosenberg Rintelmann.  Louise married Raymond (Murph) Thompson on August 19, 1961 in Theinsville, Wisconsin and then the adventure began.  She is survived by her husband of fifty-nine years, Raymond Thompson, sister Nancy A. Lee of Paxton, sister-in-law Linda (Frank) Page of Sibley, and several nieces and nephews.  Louise was preceded in death by her parents.

Louise began her teaching career in 1961 in St. Joseph, IL.  She was an educational consultant and was well known around the world especially in the Boston area where she lived with her husband from 1976-2018.  Louise retired in 2010.

In lieu of flowers, memorial contributions can be made to the Louise Thompson Education Fund.  The mailing address is 1014 Parker Terrace, Loda, IL 60948.

Louise was the assistant superintendent for curriculum and instruction for the Public Schools of Brookline from 1978 to 1986. If you were at Devotion during those years you knew her. She was the leader who sometimes roller skated to meetings, who had a world class collection of crazy socks, who wore her Girl Scout leader’s uniform on occasion, and who seemed to have a mind full of games and lessons that broke down barriers, taught lessons, and captured the imaginations of all. She was brilliant. She was also a bundle of energy, good cheer, wisdom and empathy. And, she could play poker with the best of them.

Born to a pharmacist and a Girl Scout leader in Madison, WI., Louise went to MacMurray College in Illinois. (Judy Collins was another graduate.) She met her husband, Ray, there. They lived in Iowa while they were in graduate school, then moved to Brookline while she pursued her doctorate at B.U. and taught at N.U. and Ray taught drama at the High School. In a mere two years, Louise was a guidance intern at BHS, coordinator of Pupil Support Services at BHS, and then Bob Sperber’s assistant superintendent.

In 1986 Jon Saphier coaxed Louise into consulting. Her Brookline Schools farewell party at the Bay Tower Room was an event. Steve Soares and his trio played. Toasts, accolades, laughter, pride.

As a consultant, Louise  travelled all over the United States and the world giving workshops for educators and administrators. The Department of Defense hired her for its far-flung network of schools. She was a legend in Singapore.

About ten years ago Louise started to get symptoms of Parkinson’s. When asked how she first knew that something was wrong, Louise answered with her typical humor, “Well, I was always walking like I was drunk and I knew that at least 50% of the time I wasn’t.”

In 2015, as the Parkinson’s progressed, Louise retired from consulting. In 2018, she and Ray moved from their amazing Boston townhouse to rural Illinois. Ray’s roots were in the Prairie State and nieces and nephews, grandnieces and grandnephews lived in the area. Louise’s sister Nancy, a retired teacher from Nashville, moved up from Tennessee.

Ray devoted his life to his beloved Louise. He was the rock, the organizer, the hand holder, the doer of all things to make her comfortable, to keep her mind stimulated, and to not lose sight of what she’d accomplished. “This past week,” he said, “She disappeared before my eyes…”

I spoke to one of Louise’s caregivers. It was as if I was reminiscing with a colleague after one of Louise’s workshops – telling each other stories about the impact this amazing woman had on us. Directly or indirectly, Louise Thompson touched thousands and thousands of lives.

She was six days shy of her 83rd birthday.

To send flowers to the family or plant a tree in memory of Louise R. Thompson, please visit our floral store.

To send flowers to the family in memory of Louise Thompson, please visit our flower store.