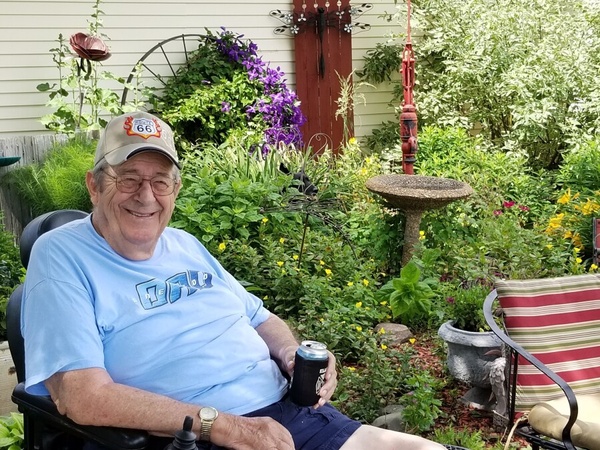 Loren Lee “Corky” Myers, 88, of Elliott peacefully passed away in the loving arms of his three daughters at 12:03 Saturday May 28, 2022. Visitation will be held 10:00am -12:00pm Saturday June 4, 2022 at Rosenbaum Funeral Home in Gibson City with a funeral service to begin at 12:00 pm. Pastor Gary Fairchild officiating. Burial will follow at Elliott Cemetery with military honors. Memorial contributions may be made to St. Jude’s Children’s Hospital or to the Shriners Children’s Hospital.

Loren was born February 8, 1934 in Gibson City a son of Philip and Lillis Suter Myers. He married Mary Louise Schutte on June 2, 1957. She passed away November 7, 2016 they were married fifty-eight years. He is survived by his three favorite daughters Lori Hubner, Michelle Tomes and Holly (Randy) Johnson all of Gibson City. His six grandchildren whom he was extremely proud of Kimberly (Mike) Wadkins of South Carolina, Loren Lee (Corina) Myers Beach of Dundee, Amber Pearl Tomes of Gibson City, Robert Charles Schaub of Gibson City, Dalton Johnson of Iowa and Nicholas Johnson of Gibson City. Nine great grandchildren and three great great grandchildren. He was preceded in death by a grandson Anthony, a brother Joseph and sister Phyllis.

Corky as he was affectionally known was a retired Illinois State Trooper having served for twenty-seven years. He also was an Army veteran having served in the Korean Conflict. He was an active member of the Elliott Amvets, the Gibson City VFW, The Lee Lowery American Legion Post #568 and the 40 and 8 nurses training program. He was a fireman for the Colfax fire department prior to moving to Elliott. He ran the Pontiac Police shooting range and was a sharp shooter. He and his wife Mary were passionate about the Special Olympics and were often seen helping with various events throughout the state. He was a great man and was loved by everyone that met him. He will be dearly missed but we find peace in knowing that he is in heaven with his loved ones.

To send flowers to the family or plant a tree in memory of Loren "Corky" Myers, please visit our floral store.

To send flowers to the family in memory of Loren Myers, please visit our flower store.