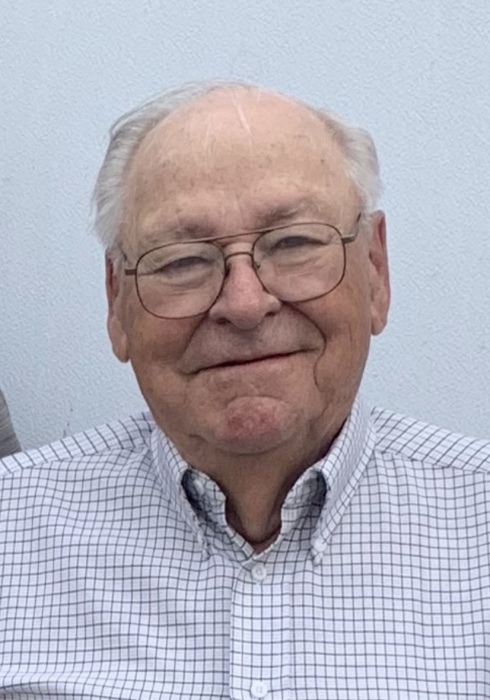 Leon was born December 19, 1933 to William (Bill) and Mary (Richardson) Fairfield and was the brother of Don Fairfield and Gail Vettorel. He married the love of his life, Marilyn (Butchie) Brown of Urbana.  They celebrated their 64th wedding anniversary on March 31st. They were the parents of three daughters, Terri (Eric) Stalter, Dawn Fairfield, and Brooke (Jim) Cochran.  He was also blessed with nine grandchildren and nine great-grandchildren. Leon was preceded in death by his parents and daughter, Dawn Fairfield.

Leon graduated from Fisher High School and attended the University of Illinois.  He enlisted in the United States Army, where he served his country in the Korean War.  After being a semi-truck driver and an employee at People’s Gas, he started farming.  After 50 years of farming, Leon stayed on the farm and stayed involved by making trips to the elevator each fall.

Leon was raised in the Fisher Church of Christ and worshipped there until the doors closed, where he then attended the Dewey Community Church.  He was a Mason and also served as a superintendent to the Friday afternoon horse pulls at the Fisher Fair. Leon loved horses, and was also an avid golfer with the distinction of two hole-in-ones.  However, his favorite activity of all was sitting in the stands to cheer on his family at whatever activity they were in at the time.  “He was the center of our family”

There is no service planned at this time.

To send flowers to the family or plant a tree in memory of Leon Fairfield, please visit our floral store.

To send flowers to the family in memory of Leon Fairfield, please visit our flower store.