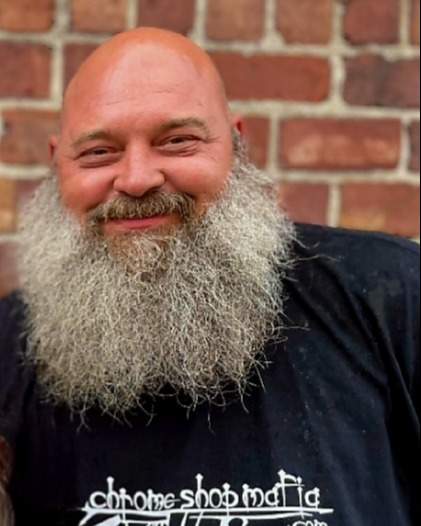 Larry L. Whelchel, 50, of Gibson City peacefully passed away Sunday November 6, 2022 at his home. A casual visitation will be held 10:00 am – 12:00 pm Monday November 14, 2022 at Rosenbaum Funeral Home in Gibson City. Memorial contributions may be made to the family.

Larry was born July 11, 1972 in Clay County, Missouri. A son of Donald Whelchel. He married Tiffany Ward on July 29, 2006 in Gibson City. He is survived by his wife Tiffany Whelchel of Gibson City and their three children Dalton (Jaclyn Agee) Whelchel, Dallas Whelchel and Desiree Whelchel all of Gibson City. Four grandchildren that were his pride and joy Lilian, Roman, Korah and Memphis. Four sisters Shana (Buck) Clark of Barn City, Iowa; Shayla (Justin Sievers) Stocker of Oskaloosa, Iowa; Shalina (Tony) Richie of Kenosha, Wisconsin and Lisa (Mark) McCoy of Excelsior Springs, Missouri as well as three brothers Lance Whelchel of Richmond, Missouri; Les (Michael) Whelchel-Bryant of Longview, Texas and Thomas Stocker of Providence, Kentucky and several nieces and nephews and a host of friends that will miss him dearly along with Lady his faithful companion and service dog. He was preceded in death by his father Donald R. Whelchel and step father Clifford Stocker Jr.

Larry was the owner of 3D Trucking Service in Gibson City. He loved riding his Harley and was a proud member of the Guardian of the Children Motorcycle Organization. His favorite thing to do was spending time with his family and making memories.

To send flowers to the family in memory of Larry Whelchel, please visit our flower store.