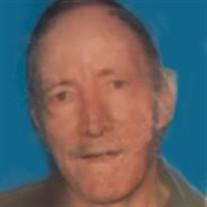 Celebration of Life Service for Larry E. Jamison, 80, of Gibson City will be held at 2:00pm Friday December 20, 2019 at Rosenbaum Funeral Home in Gibson City. A visitation will start at 12:00 noon until time of service. Larry peacefully passed away at 2:15 am Monday December 16, 2019 at the University Rehab Center in Urbana where he had resided for about a year.

Larry was born December 8, 1939 in Elliott. A son of Leslie and Mildred (Brandt) Jamison. He married Gaynelle M. Bradbury in January of 1961. They had three children- Guy, Troy and Lisa. He later married Twylla K. Copeland Kuykendall on December 12, 1982 in Chicago, she preceded him in death September 3, 2009.

Larry is survived by his children- Guy (Tina) Jamison and Troy (Amy) Jamison all of Bellflower and Lisa (Steve) Young of Champaign; six grandchildren and two great grandchildren.

He was preceded in death by his parents and two brothers.

Larry worked two full time jobs all of his working life. One as an operator for the Illinois Central Gulf Railroad and also at Gibson Material. He finally retired in 2005. He kept
himself busy by tinkering and building things. He always looked forward to "county fair season" just to enjoy the food and the derby's.

In lieu of flowers memorial contributions may be made to The Parkinson Disease Foundation.
Online memories and condolences may be shared at www.rosenbaumfh.com

To send flowers to the family or plant a tree in memory of Larry Jamison, please visit our floral store.

Please click here to view the video tribute
To send flowers to the family in memory of Larry Jamison, please visit our flower store.