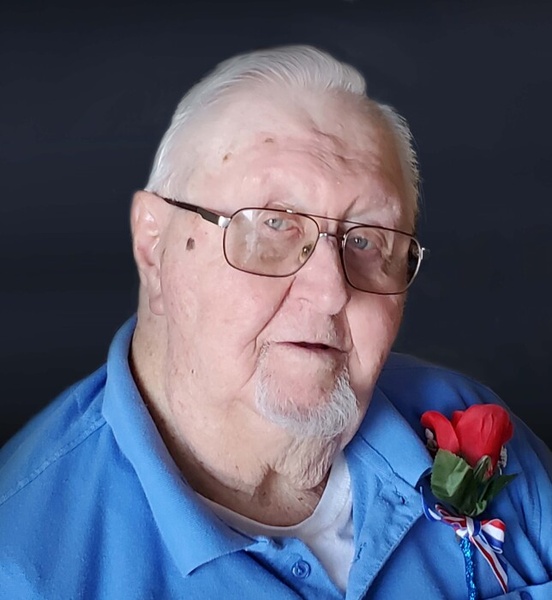 
Kenneth B. Kyle, 88, of Gibson City peacefully passed away at 12:08 am Friday February 11, 2022 at Gibson Area Hospital in Gibson City.
Private family services and burial will be held. Friends and family are invited to remember and honor Ken at a Celebration of Life open house to be held 1:00-4:00 pm Saturday February 19, 2022 at the American Legion Post #568, 203 South Sangamon Avenue in Gibson City. Memorial contributions may be made to Home Sweet Home Missions or St. Jude Children's Hospital.

Ken was born December 24, 1933 in Milton, Pennsylvania. A son of Charles E. and Sarah Jane Neuhard Kyle. He married Mary Lou Jacobus on June 8, 1957 in Normal. She passed away March 23, 1993. He is survived by five children - Nancy (Brent) Biegel of Onancock, Virginia; Sally (Brian) Anselmo of Decatur; Karen (Mike) Mott of Gibson City; Joe (Lisa) Kyle of St. Charles and Jenna (Michael) O'Brien of Champaign.
Eight grandchildren and five great grandchildren. He was preceded in death by a brother Donald.

Mr. Kyle received his Bachelor’s in Industrial Arts from Illinois State University and his Master’s in Education from the University of Illinois. He taught Industrial Arts in Galesburg for three years. In 1963 he joined the teaching staff at Gibson City School District and taught math until his retirement in 1993. He was a United States Navy Veteran and a life-long VFW and American Legion member. He was also treasurer and member of the Foosland Sportsman's Club, treasurer of Meals on Wheels and volunteered his time on the city planning commission. Looking to stay busy and visit with people he worked at ACE Hardware for several years. He was a Pittsburgh Pirates fan and an avid woodworker. In his later years, he enjoyed gun collecting and trap shooting. He also loved watching old Westerns. He was happiest while surrounded by his children, grandchildren and great grandchildren. He was a kind-hearted man and will be missed by all that knew and loved him.

To send flowers to the family or plant a tree in memory of Kenneth Kyle, please visit our floral store.

To send flowers to the family in memory of Kenneth Kyle, please visit our flower store.