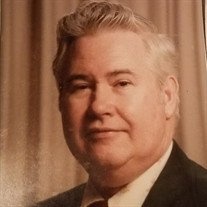 Roberts- Kenneth P. "Ken" Eastin, 83, of Roberts died at 9:20 a.m. on Friday, January 18, 2019 at Heritage Health Nursing Home in Gibson City with his loving and dedicated wife, Bonnie by his side.

A Celebration of Life Service will be held later this spring. Memorials made be directed to Roberts Fire & Rescue or the family. Rosenbaum Funeral Home in Gibson City is assisting the family with their arrangements.

Ken was born on October 3, 1935 in Sidney, IL - son of Floyd and Eva Smith Eastin. He married Bonnie Fairley on August 24, 1958 in Chatsworth. He was a member of the Congregational Christian Church of Roberts, IL.

His parents, an infant daughter- Susan, and a sister, Judy preceded him in death.

Ken proudly served in the United States Army Reserves for five years and was a member of the Wagner-Davis American Legion Post #641.

He was a member of the Gibson City Masonic Lodge #733 AF & AM and was a District Deputy Grand Master from 1985 - 1987. Ken enjoyed competition shooting, fishing and camping.

Ken was employed at Rocket Supply, Inc for many years. He was also the Village of Roberts Water Superintendent until November 2004.

Ken was a loving husband, father, grandfather, great grandfather and friend and will be greatly missed.

To send flowers to the family or plant a tree in memory of Kenneth P. Eastin, please visit our floral store.

To send flowers to the family in memory of Kenneth Eastin, please visit our flower store.