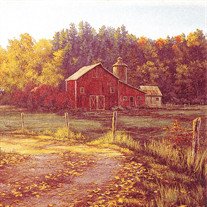 Kathryn A. Swope, 81, of Gibson City, passed away at 1:33 a.m. on Thursday, July 11, 2019 at Advocate BroMenn Medical Center in Normal.
Her graveside service will be at 1:00 p.m. on Wednesday, July 17, 2019 at Drummer Township Cemetery in Gibson City with Rev. Ray Lantz officiating. Memorials may be directed to American Cancer Society, Gibson City Presbyterian Church or a charity of the donor's choice. Rosenbaum Funeral Home in Gibson City is assisting the family with arrangements.
Kathryn was born on August 15, 1937 in Paxton, Illinois, a daughter to Louis and Gertrude Speedie Wissmiller. She married C. Richard Swope on August 18, 1957 in Gibson City. He preceded her in death on November 27, 1993.
Surviving are her loving children, Roger (Paulette) Swope of Poplar Grove and Janet Swope of Bloomington; three grandchildren, Ryan Swope, Charles Bowles and Randy Swope; brothers, Bill (Jean) Wissmiller of Grinnell, IA and Jerald Wissmiller of Gibson City; sister, Jeanette Hensley of Gibson City and Mary Rhoda of Chenoa; and Grand Fur Baby, Lucy.
She was preceded in death by her parents; daughter, Linda Bowles; and brothers, Don, Bob, Max and Steven.
Kathryn was the head cook at Benton Middle School in Benton for many years. She was also employed at Country Companies in Bloomington and Heritage F.S. in Melvin.
She was a member of Gibson City Presbyterian Church. She was a St. Louis Cardinals baseball fan.

To send flowers to the family or plant a tree in memory of Kathryn A. Swope, please visit our floral store.

To send flowers to the family in memory of Kathryn Swope, please visit our flower store.