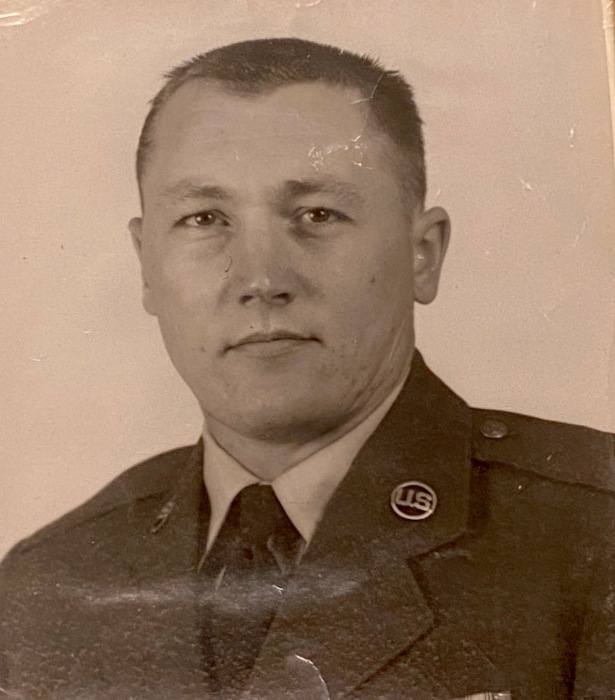 James L. Zimmerman, 88, of Gibson City peacefully passed away at his home in Gibson City on Friday September 3, 2021. A masonic service will be held at 1:00 pm Sunday September 12, 2021 at Rosenbaum Funeral Home in Gibson City. Visitation will follow from 2:00-4:00 pm. His funeral service will be 1:00 p.m. Monday September 13, 2021 also at the funeral home. An additional funeral service will be held at Lankenau Funeral Home in Pemberton, New Jersey. Visit lankenaufuneralhomes.com for further information. Burial with military honors will be held at Brigadier General William C. Doyle Memorial Cemetery in North Hanover, New Jersey. In lieu of flowers, memorial donations may be made to the Wounded Warrior Project Inc. 4899 Belford Road, Suite 300, Jacksonville, Florida 32256


Jim was born March 30, 1933 in Dallas, Texas. A son of Leslie and Ethel Lee Cline Zimmerman. Jim moved with his family from Dallas to Gibson City where he attended Gibson City schools and graduated in 1950. He married Frances Mary Nicholson on June 25, 1955 in Angola, Indiana. She passed away on August 1, 2001. He then married Martha L. Cabbage on May 25, 2002. She passed away on February 17, 2021. He has five children Laura (Richard) Follmer of North Myrtle Beach, South Carolina and her children Hans, Eric and Yvonne. James William Zimmerman (deceased) his children James D. and Amanda. Devon Punchello of Burlington, New Jersey and her children Corinne, Alexander and Joseph; Kimberley Zimmerman of Burlington, New Jersey and her children Chauntil, Brandon and Shannon whom he raised and Erin (Todd) Viereck of Burlington, New Jersey and her children Zachary, Rachel and Robyn, and six great grandchildren. Three sisters- Mary Lee Henson of Gibson City, Sonja Shubert of Gibson City and Mikki Benz of Colfax. He was preceded in death by two sons James Frederick Zimmerman in infancy and James William Zimmerman.

Jim was a distinguished military veteran of the U.S. Marine Corps and Air Force serving in Korea and Vietnam. He started as an airplane engine mechanic and flight instructor. He ended his military career as a Flight Engineer flying the C124 Globemaster, C130 Hercules and the C141 Starlifter cargo airplanes. He followed his military career as an expert heavy equipment operator and supervisor of the Roads and Grounds Division at the Fort Dix Military Installation. He was a true tradesman and craftsman. Jim also was a dedicated member of the Gibson City Masonic Lodge #733 AF&AM and an active member of the Church of Jesus Christ of Latter-Day Saints attending the North Hanover NJ and Rantoul IL wards. He very much enjoyed conversation with company and family, whether providing advice, sharing stories of his many life experiences or simply spending time together.

Jim was genuine and generous, a husband, father and family man. He will be dearly missed.

To send flowers to the family or plant a tree in memory of James Zimmerman, please visit our floral store.

To send flowers to the family in memory of James Zimmerman, please visit our flower store.