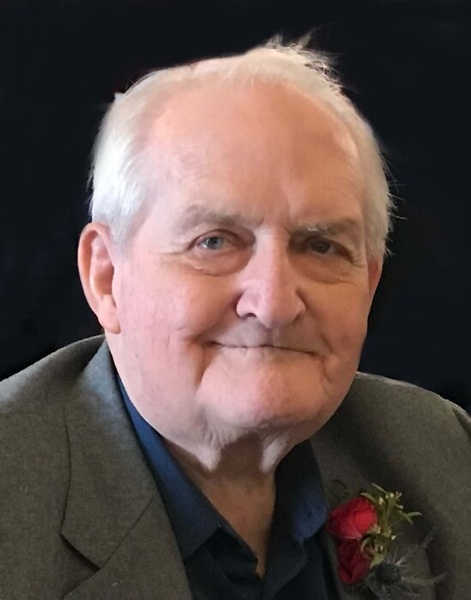 James E. (Jim) Uebele passed away January 28, 2022, at Primrose Assisted Living in Anderson, Indiana where he had resided for the past 4 years.

Jim was born November 18, 1936, in Paxton, Illinois to Edward and Anita (Fabri) Uebele.  He attended Roberts and Roberts-Thawville Schools where he met his wife, Joyce Hildenbrand-Uebele.  They were married August 8, 1959.  Joyce preceded him in death March 24, 2021.  Jim and Joyce had 2 daughters Anita Van Skyock of Anderson, Indiana, and LeAnn (Mark) Henry of Pendleton, Indiana.  He is also survived by grandchildren Brady (Anna) Henry of Indianapolis, Indiana, Mady (Griffin) Davidson, Taylor (Garrett) Allen, and Rileigh Van Skyock all of Anderson, Indiana, a cousin, Pattilynn Wall of Barrington, Illinois, and several nieces and nephews.

Jim worked for McGrath, Inc., and Birkey’s Farm Store after graduating from High School, until 2001.  He made numerous lasting friendships over those many years of selling farm equipment.  Jim also proudly served his country in the United States Army.

Jim and Joyce were members of St. Paul’s Lutheran Church in Roberts where he served on the Church Council for many years.  In Anderson, they attended the First United Methodist Church.  Jim also served on the Roberts Village Board and was a member of the Roberts Community Club.

To send flowers to the family or plant a tree in memory of James Uebele, please visit our floral store.

To send flowers to the family in memory of James Uebele, please visit our flower store.