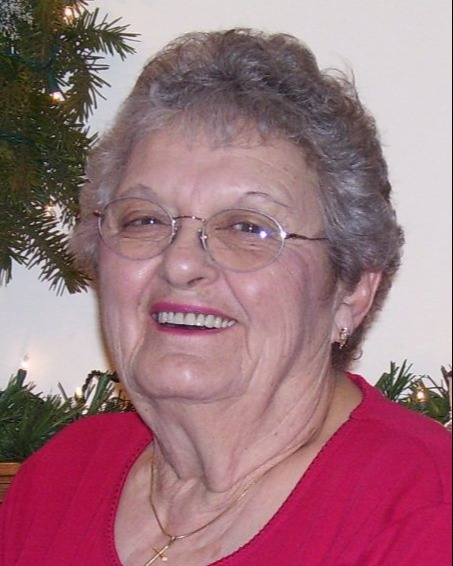 Ilda Pauline Brooks, 94, of Gibson City, peacefully passed away at 12:20 am Wednesday October 26, 2022, at the Gibson Area Hospital in Gibson City. Visitation will be held 10:00 am – 11:00 am Friday November 4, 2022, at the First Baptist Church in Gibson City. Her funeral will begin at 11:00 am with Adam Drollinger officiating. Burial will take place at Drummer Township Cemetery. Memorial contributions may be made to the First Baptist Church.

Pauline was born March 28, 1928 in Casey County, Kentucky, a daughter of Clarence and Damie (Edwards) Carson. She married Carl Brooks on May 13, 1943 in Clayton, Missouri. He passed away March 22, 2011.  They were married for sixty-seven years.

She is survived by two children Janet (Bob) Flageole of Gibson City, Douglas (Karen) Brooks of Champaign, and a daughter-in-law, Kathy Brooks of Normal. She had nine grandchildren, and eighteen great-grandchildren. She was preceded in death by a daughter, Diane Brooks (1969), a son Larry Brooks (2008), two sisters Geneva Cain and Permelia Spurling and five brother in laws.

To send flowers to the family in memory of Ilda Pauline Brooks, please visit our flower store.