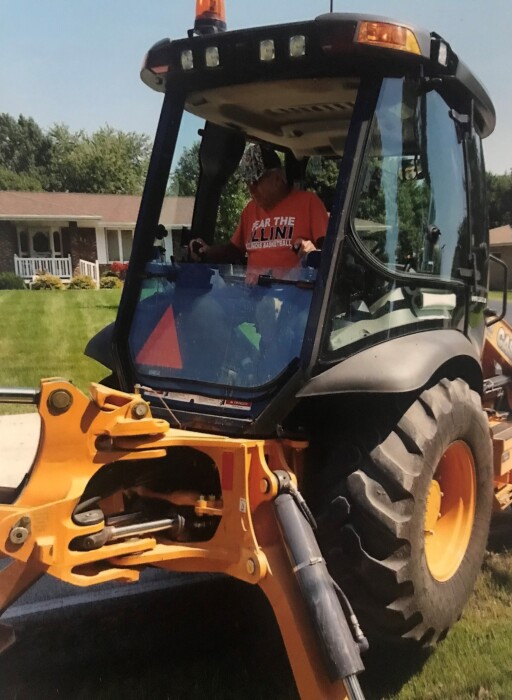 Harold Allen Smith made his transition on January 4, 2022 at Gibson Area Hospital in Gibson City. A Celebration of Life Service will be held at a later date. Rosenbaum Funeral Home in Gibson City is assisting the family with their services.

Harold served in the United States army as PVT for five years and 24 months as a driver. After being honorably discharged from the Army, Harold worked for local 841, International Union of Operating Engineers for 35 years as a heavy equipment operator. Upon his retirement from Local 841, Harold worked for Jerry Widmer, Big Wheels of Paxton as a driver. Harold then worked for Deland Johnson running the backhoe for Deland. Farmers AG, Gifford, Illinois then employed Harold as a driver and backhoe operator. During the same period of time, Harold worked with Jess Childress, assisting and filling in at the Village of Gifford water plant.

Harold belonged to the Gifford Lion’s Club, as a twenty-year member. Chicago Cubs, NASCAR, Illinois Basketball and Football were Harold’s favorites and he followed them faithfully. You didn’t dare disturb him on the weekend when the games or races were on TV.

Memorial contributions may be made to the Paxton Vet Clinic, Dr. Tom Updike, Paxton, IL 60957

To send flowers to the family or plant a tree in memory of Harold Smith, please visit our floral store.

To send flowers to the family in memory of Harold Smith, please visit our flower store.