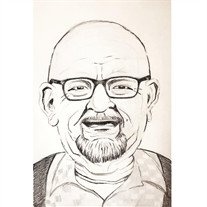 Gary J. Keim, 78, of Gibson City, passed away at 8:15 a.m. on Wednesday, March 13, 2019 at Gibson City Area Hospital-Annex.
A Celebration of Life service will be at 11:00 a.m. on Saturday, March 16, 2019 at American Evangelical Lutheran Church in Gibson City with Pastor Jim Davis and Pastor Nick Carlson officiating. Visitation will be from 9-11:00 a.m. prior to services at the church. The family requests casual dress, per Gary's wishes.
Inurnment will be in Drummer Cemetery in Gibson City. In lieu of flowers, memorials may be directed to St. Jude Children's Research Hospital or the family.
Gary was born on January 28, 1941 in Hopedale, Illinois, a son to Loren and Flora Rauber Keim. Gary's birth mother passed away at a young age, he was lovingly raised by his parents, Loren and Mary. He married Joan Thedens on May 1, 1965 in Anchor, Illinois. She preceded him in death on June 27, 2016.
Surviving are his children, Tim (Dori) Keim of Gibson City and Marni (Mike) Bishop of Sibley; five grandchildren, Shana (Abimael) Archila of Guatemala, Jaisi (Jesse) Jiles of Anchor, Laini (Eric) Uden of Paxton, Leah Keim of Gibson City and Lauren Keim of Granite City; two great grandchildren, Stella and Sebastian; sisters, Judy Graphia of Louisiana and Sister Susan Keim, O.P. of Wisconsin; and brother, Loren (Mary) Keim of Bloomington.
He was preceded in death by his parents; and a grandson, Tyler.
Gary served in the United States Army for 3 years in Germany. He was a mechanic for many years at Shaner's Implement Dealer in Gibson City. He also worked for the City of Gibson and Greg Kerber Farming.
He was a member of Gibson City Fire Department for 27 years and American Evangelical Lutheran Church. Gary portrayed Santa for children for many magical years.
Gary was a loving husband, father, grandfather, great grandfather and brother. He treasured his family and enjoyed his friends.


To send flowers to the family or plant a tree in memory of Gary J. Keim, please visit our floral store.

To send flowers to the family in memory of Gary Keim, please visit our flower store.