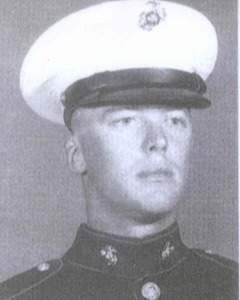 Gary Lee Bidner, 74, of Fisher formerly of Bellflower peacefully passed away at 2:15 pm Tuesday, August 23, 2022, at Carle Foundation Hospital, Urbana with his loving family by his side. Visitation will be held 11:00 am – 1:00 pm Tuesday, August 30, 2022, at Rosenbaum Funeral Home in Gibson City. Celebration of Life service will be held at 1:00 pm with the Rev. John McIntosh officiating. Burial with military honors will be held at Bellflower Township Cemetery. Memorial contributions may be made in honor of his nephew Chad Bidner to the Illinois Wounded Warrior Project.

Gary was a United States Marine Veteran serving in Vietnam and was awarded a Bronze Star Medal with Combat “V” for heroic achievement. He was a member of the VFW and the Bellflower American Legion. He was a Lab Animal Care Technician II at the University of Illinois Veterinary Medical Clinic for 31 years retiring in 2001. He also farmed. Gary enjoyed gardening, trapping, hunting and fishing. He was a simple man that loved to be surrounded by his family and friends.

To send flowers to the family in memory of Gary Lee Bidner, please visit our flower store.