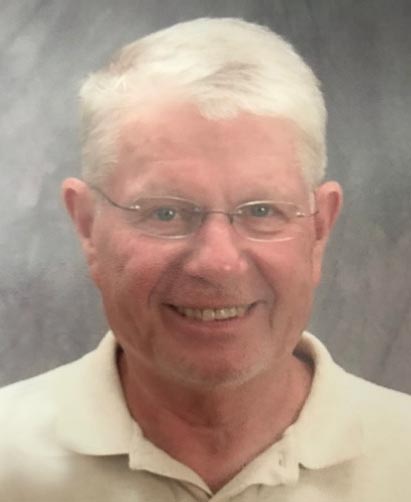 He was a little John Walton, a little Archie Bunker. Equal parts Ward Cleaver and Red Forman with a smidgen of Frank Costanza and sliver of Tony Soprano. A shot of Einstein -tempered with a bit of Coach from Cheers. He was a little more ‘Drill Sergeant from Full Metal Jacket’ than he was Howard Cunningham…but only a little.

He was born on the 5th of July,1944. His given name was Steven Gary Ashmore but his mom chose to call him Gary…a decision he believed to be solely responsible for the fact that he never walked on the moon or played starting center for the Fighting Illini. The fact that he was 5’9" and never drove over 50, not withstanding.

At age 62, he announced that–from that point forward –he would only answer to Steve.

The love and faithful devotion to his wife, Terri, however, lasted for over 50 years. When he died on April 7th at the age of 76, he was able to do so at home because of her. His biggest fear in life was becoming a burden and because of her strength and resilience, he never felt like one.

Her abiding love –along with the deep faith instilled in him by his parents Vernon and Beatrice (Van Blaracum) Ashmore –were what allowed him to pass in peace.

It was a peace that often eluded him in life. There was the whole Steve/Gary debacle. He was also a middle child. The shortest boy in his class for 12 years straight. A Marine Corp ‘boots on the ground’ Vietnam Veteran. These things haunted him.

They were the filter that often kept him from seeing exactly how fortunate he was.

But they did not stop him from leading a full and productive life. He was outstanding at his job as a District Sales Manager for Central Soya, Golden Sun and Kent Feeds. Over the years, he earned countless awards for outstanding achievement in sales but more than the accolades, he was very proud of the fact that his sales managers were never happy to hear from him and his customers always were. As one of his favorite and most respected boss’s put it ‘You’re a giant pain in my ass but the best salesman I’ve got. I’d take 10 just like you.’

Gary was equally devoted to his family. Growing up, his children knew that they were what he considered his most important job. He was at every one of their sporting events and one of his daughter’s band concerts. That was a special brand of hell he chose not to revisit.

Grandparenting, though. That was his wheelhouse. His grandchildren were his pride and joy but –at the end of the day –not his responsibility. Which left him free to completely enjoy them. And he did.

In addition to his grandkids, Gary’s favorite things included bacon, Bud Light, peanut butter, Sam’s Club, Stevie Wonder, George Strait, The Sopranos, Cardinal baseball and Illini Basketball. He appreciated a good baseball cap and a well constructed t shirt –he had hundreds of each. He also cherished his years of being part of the GC Fantasy Football Group and Golf Sundays with Vince and his buddies.

He loved dogs and redheads. So you can imagine how he felt about his red Golden Retriever Oskee, who he missed every day of the last 11 years. His Goldendoodle Murphy was his constant companion for the past 10 years and probably the only creature on earth who ever truly liked him best.

Gary also appreciated strong women. Which is fortunate because he was surrounded by them. There was his mom, Bea, who defined tenacity. His beloved younger sister and best-buddy Vicki was someone he always looked up to; literally and figuratively. She taught him early on that women are –in fact –the superior sex. He married Terri and she came with a mom, Millie –who has always been 15 feet of audacity crammed in a 5 footbody; and two sisters –Janni –who Gary called ‘the single best person I have ever known, including you, no offense"; and Kathy who would give her dog an organ if it needed one, removing it herself, if necessary. Each of them has been through it all and come out shining on the other side.

He raised his daughter to be a strong woman and raised his son to marry one. Neither disappointed him.

One of the other great gifts of Gary’s life was the close friendship he developed with his older brother, Dale and his beloved wife Carla over the past 20 years.

Owing again to his good fortune, Gary was preceded in death only by his parents and his father-in-law, Vince Yagich.

God must have known he could not bear to lose any other loved ones.

Gary’s family would like to offer their most heartfelt thanks to Transitions Hospice of Champaign; particularly Lindsey, Tom and Deanna. Their strong and gentle care of Gary and above-and-beyond support of Terri over the past year will never be forgotten. To Ed Taylor, your selfless display of friendship helped Gary move on without fear. Thank you from the bottom of our hearts.

To honor Gary’s enormous love of dogs, memorial contributions may be made to Ruby’s Rescue and Retreat, 4035 E 600 North Road, McLean IL 61754.

A visitation will be held Sunday, April 11 from 1-3pm at Rosenbaum Funeral Home in Gibson City. Please come as you are. Yankees and Reds apparel will be tolerated out of respect for Tom Royal and Terry Bell, but anyone showing up in Cubs gear runs the risk of being eternally haunted. Don’t say we didn’t warn you.

There will be no formal funeral. He hated them and wouldn’t have come.

To send flowers to the family or plant a tree in memory of Gary Ashmore, please visit our floral store.

To send flowers to the family in memory of Gary Ashmore, please visit our flower store.