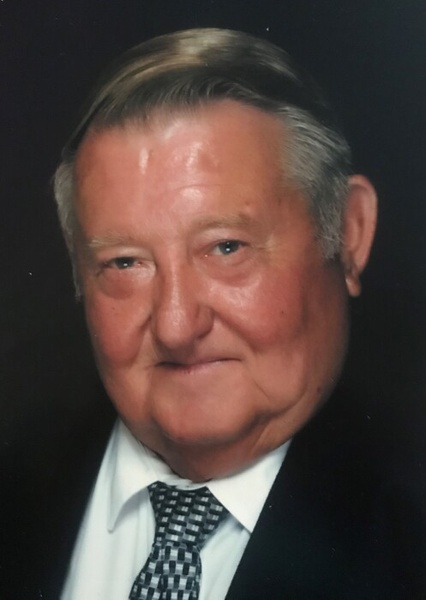 
Donald F. Armstrong, 78, of Sibley, passed away peacefully Tuesday March 16, 2021 at Carle Foundation Hospital with his family at his side. Visitation will be 10:00 a.m. - 12:00 p.m. Friday March 19, 2021 at Rosenbaum Funeral Home in Gibson City with funeral services to begin at 12:00 p.m. with Pastor Jim Davis officiating. Burial will be at Mt. Hope Cemetery in Sibley. Memorial contributions may be made to St. John's Lutheran Church in Sibley or to Sullivant Township Fire Department.

Mr. Armstrong was born August 6, 1942 in Cropsey a son of Virgil and Helen Ruhlander Armstrong. He married Linda S. Oneal on October 6, 1963 in Gibson City. Surviving is his wife of fifty-seven years Linda Armstrong of Sibley and their two children Kurt (Sherri) Armstrong of Minooka and Kristi (Mark) Aupperle of Leroy. Five precious grandchildren Colin, Lauren and Jordan Armstrong and Nick and Alyssa Aupperle. He was preceded in death by a sister Rita Stifle.

Don farmed for many years. He was a welder at A&W Gear company in Anchor and then he and Linda purchased EZ-Wash, a car wash manufacturing business with locations all over the United States and Mexico. After selling the business he became the Sullivant Township Road Commissioner, a position he has held for the last  twenty-four years and was to retire in three weeks.

Don was also a member of the St. John's Lutheran Church for sixty-eight years and was past president of the church council and also served as treasurer. He was a member of the Sullivant Township Fire Department and was chief for ten years 1982-1992. He was a member of the Sibley Sportsman's Club, enjoyed trapshooting, NASCAR and World of Outlaws sprint cars. However, his greatest joy was his grandchildren, he and Linda were always present at any of their sporting events or school activities. He was one of their biggest fans.

Don, known as Nubby by his friends will be missed by all that knew and loved him and will always be remembered by his charm, whit and twinkling smile.

To send flowers to the family or plant a tree in memory of Donald F. Armstrong, please visit our floral store.

To send flowers to the family in memory of Donald Armstrong, please visit our flower store.