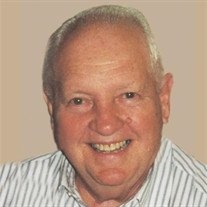 Dale E. Jones, 91, of Gibson City passed away at 5:48 pm Thursday November 7, 2019 at the Heritage Health Nursing Home in Gibson City. His funeral service will be held 11:00 am Friday November 15, 2019 at Rosenbaum Funeral Home in Gibson City with Pastor Jim Davis officiating. Burial will follow at Drummer Township Cemetery. Visitation will begin at 9:30am until the time of the service. Memorial contributions may be made to The Shriners Children's Hospital or to the Alzheimer's Association.

To send flowers to the family or plant a tree in memory of Dale E Jones, please visit our floral store.

To send flowers to the family in memory of Dale Jones, please visit our flower store.