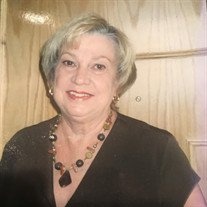 Connie Jo Peters, 79, of Gibson City, passed away at 11:48 pm Sunday, January 24, 2021 at OSF Hospital in Bloomington IL. A private family celebration of life will be held at Rosenbaum Funeral Home in Gibson City with Deacon Paul Sarantakos officiating. Burial will be at Drummer Township Cemetery, Gibson City.

Connie owned and operated Gibson Girl in Gibson City for over 20 years. She later worked at Von Maur in Bloomington for 10 years prior to her retirement. Connie enjoyed gardening and spending time with her family and friends at Holly Brook. Connie was incredibly proud of her grandchildren and great grandchildren they were the highlight of her life.

Connie was preceded in death by her siblings, Doris Hyatt and Dorothy Sanders, and Gerald Hinrichsen.

The family would like to thank the Villas of Holly Brook in Gibson City and Bloomington for the loving care they provided to Connie over the past year and to the Gibson Area Hospital for their compassionate care during her fight against Covid-19. In Lieu of flowers please make donations to St. John's Luthern Church in Anchor or the Gibson City Food Pantry.

To send flowers to the family or plant a tree in memory of Connie Jo Peters, please visit our floral store.

To send flowers to the family in memory of Connie Peters, please visit our flower store.