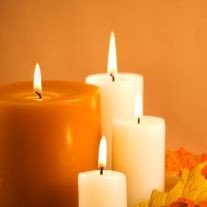 Preceding her in death were her husband, Emory Wayne "Potsy" Harford; her parents; her sister, Mavoureen Briggs; nephew, Scott Iten.

Camilla spent her life in the Piper City and Kempton areas. She worked for Hicksgas in Roberts over 20 years and then managed Hicksgas Plaza in Gilman before retiring. She was a member of the United Methodist Church of Piper City, American Legion Auxiliary, and Piper City Historical Society.

In lieu of flowers, memorials may be made to Gibson Area Hospital Foundation.

To send flowers to the family or plant a tree in memory of Camilla Harford, please visit our floral store.

To send flowers to the family in memory of Camilla Harford, please visit our flower store.