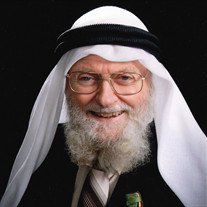 Bradford "Wayne" King, 82. of Gibson City passed away at 11:55 am Friday September 13, 2019 at the Heritage Manor Nursing Home in Gibson City surrounded by his loving family. A Celebration of Life service will be held at 11:00 am, Saturday, September 28, 2019 at the Gibson City Bible Church with Pastor Paul Thomason officiating. Visitation will be held from 9:00-11:00 am prior to the service. A private burial will be held at a later date.
Wayne was born May 1, 1937 in Kenosha, Wisconsin, a son of Bradford and Alta Carolyn Corder King. He married Carol Ann Zehr on August 25, 1962. Surviving are his loving wife of 57 years, four sons - Dan (Elizabeth) King of Riverside, CA; David (Eva) King of Pascagoula, MS; Jonathan (Rosalie) King of Lombard, IL, James King of Alexandria, VA, and six grandchildren- Kimberly, Bethany, Elizabeth, Ruth, Samuel and Jacob. Also surviving is a brother, Richard (Karen) King, of Omaha, NE. He was preceded in death by his brother Dennis.
Wayne accepted Jesus as his Savior at age eight, and felt the call to fulltime ministry in his later teen years. After attending Northern Illinois University, Briercrest Bible College, and Moody Bible Institute, he began serving with Child Evangelism Fellowship Inc. Wayne, with his wife Carol and baby Danny, sailed to Israel in May, 1964, where they continued to serve under CEF Inc. for the next 39 years. They lived for 37 years in Nazareth, where they ministered to the local Arab community. Since 2003, Wayne and Carol have lived and served in the Gibson City-Fisher area. Members of the Gibson City Bible Church, they presided over the children's church ministry for several years, as well as hosting 5-Day Clubs in small communities within Ford and Champaign counties.
In lieu of flowers, memorial gifts may be made to Child Evangelism Fellowship


To send flowers to the family or plant a tree in memory of Bradford Wayne King, please visit our floral store.

To send flowers to the family in memory of Bradford King, please visit our flower store.