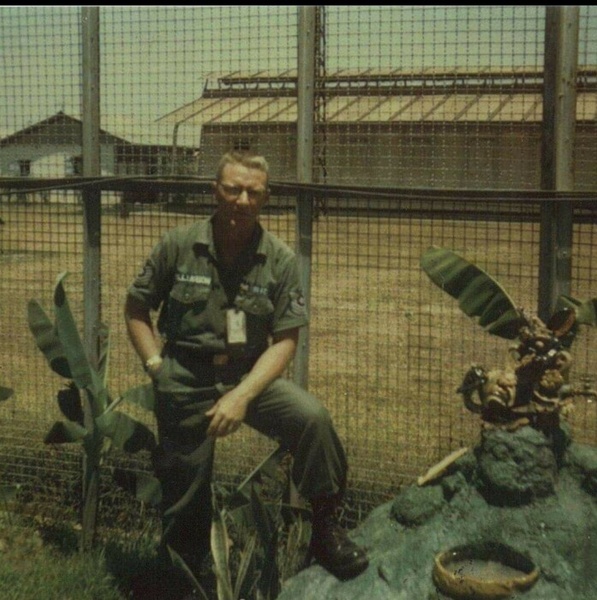 William P. Williamson, 92, of Rantoul formerly of Lascassas, Tn peacefully passed away at 3:00 pm Friday December 24,2021 at Gibson Area Hospital. A private family graveside service will be held at a later date at the Florida National Cemetary in Bushnell Florida.

William was born August 30,1929 in Northampton,Massachusetts a son of William Leslie and Florence Shannon Williamson. He married Nella Zecca  on November 28,1959 at St John the Baptist Catholic Church in Norwich England. Together they had three children, Bruno (Patti) Williamson of Rantoul, Roberto (Dianne) Williamson of Colorado Springs, Co, and Daniella Lia (Jim) Roberts of Champaign. Seven grand children and two great grandchildren also survive. He was preceded in death by his parents, his uncle and aunt who raised him, Tom and Catherine O'Donnell, his brother Bob O'Donnell, his sister Katheen O'Donell Maspero Larson, And his wife of twenty five years Pauline.

Upon graduating from St. Michaels High School he joined the Navy from 1948 to 1957, discharging as a Petty Officer 1. He than enlisted in the Air Force from 1957 to 1968 retiring as a Master Sargent. His overseas duty included Hawaii (before statehood) , R.A.F. Schulthorpe, England, Peshawar, Pakistan, and Tan Son Nhut A.F.B. Vietnam. In both both branches of the service he was involved with Aviation Electronics and later on in Military Intelligence.

After the service William had several jobs, chief among them he was a Corrections Officer and a Security Officer at a Nuclear Power Plant both in Southern Florida. He was a life member of the Veterans of Foriegn Wars, a member of the AmVets, Moose, American Legion and Vietnam Veterans of America. He loved swimming and especially diving, food and loved his wine. Dogs were probably his best friend. There wasn't a dog that was not spoiled by him.

Donations can be made to a Veterans program or the Humane Society.

To send flowers to the family or plant a tree in memory of William Williamson, please visit our floral store.

To send flowers to the family in memory of William Williamson, please visit our flower store.