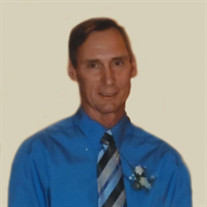 Scott L. Meiss, 61, of Sibley peacefully passed away at 12:15 pm Thursday December 24, 2020 at the Gilman Healthcare Center in Gilman. Private funeral services with Pastor Douglas Lee will be held graveside at Mount Hope Cemetery in Sibley.

Mr. Meiss was born August 18, 1959, the son of Roger Lee Meiss and Judy Ann (Steidinger) Meiss in Fairbury Illinois. He married Dawn Sudduth on March 8, 1986. He is survived by his four children - Zachary (Hannah) Meiss of Gibson City, Gregory (Brittany) Meiss of Sibley, Samantha (Kyle) Schultz of Sibley and Jonathan Meiss of Broken Arrow, Oklahoma. Nine grandchildren, a sister Cynthia (Howard) Simmons of Paxton and his parents Roger and Judy Meiss of Sibley.

Mr. Meiss graduated from Melvin-Sibley High School in 1977. He was a member of the Burr Oak 4-H Club and the Gibson City FFA earning many awards and honors in the area of livestock production for his flock of Purebred Columbia Sheep. After graduation from Melvin-Sibley High School he took a job as a Livestock Nutritionist and Salesman for Vigertone Feeds. Later he joined his father at Meiss Feed and Supply and helped move the company to its current location in Sibley. Following the move he helped expand the company's formulations and manufacturing capabilities until his diagnosis of early onset Alzheimers. In his spare time he enjoyed woodworking where he made shadow boxes, crosses, wood frames, and many other items he would often gift to friends and family.

Alzheimer's changed many things for Scott, but he still enjoyed his children, grandchildren, church, TV, and long walks as his days allowed. Memorial contributions may be made to the Alzheimer's Association or an Organization of the Donor's Choice.

To send flowers to the family or plant a tree in memory of Scott Meiss, please visit our floral store.

To send flowers to the family in memory of Scott Meiss, please visit our flower store.