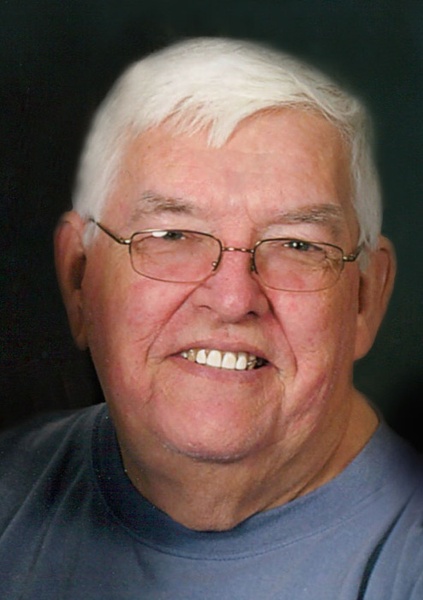 Ronald E. Stevenson, 80, of Gibson City formerly of the Bloomington area, passed away at 5:25 am Friday August 20, 2021 at Carle Foundation Hospital in Urbana. Visitation will be held 10:00 am-11:00 am Friday August 27, 2021 with a Celebration of Life at 11:00 am at Rosenbaum Funeral Home in Gibson City with Pastor David Castner officiating. Burial will be in Drummer Township Cemetery. Memorial contributions may be made to the American Evangelical Lutheran Church or to the Gibson Area Hospital.

Ron was born June 1, 1941 in Urbana a son of Edgar F. and Elizabeth Wittenmeier Stevenson. He married Wilma M. Cramer on December 7, 1968 in Gibson City. He is survived by his dedicated wife of fifty-two years Wilma M. “Willy” Stevenson of Gibson City. A son Brad (Cathy) Stevenson of Navarre, Florida, and two grandchildren Christina Stevenson of Pensacola, Florida and Michael Stevenson of Navarre, Florida. Two sisters Beverly (Gary) Franzen of Libertyville and Gaynel (George) Givney of Mokena. He was preceded in death by his parents and father and mother-in-law Remmer and Esther Cramer.

Ron worked at General Electric for many years and then for Caterpillar. He also owned his own appliance repair service. He and Willy lived in the Bloomington area for forty years before moving to Gibson City. He had a fierce love for street rods and Cushman scooters, you could always find him in the garage with one or the other. He passed this passion to his son Brad.

He will be deeply missed by all that knew and loved him.

To send flowers to the family or plant a tree in memory of Ronald Stevenson, please visit our floral store.

To send flowers to the family in memory of Ronald Stevenson, please visit our flower store.