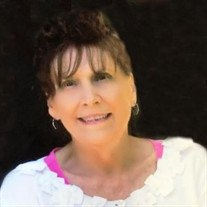 Dorothy Shields-Lawless, 84, of Gibson City passed away at 5:43pm on Thursday, August 29, 2019 at Gibson Area Hospital-Annex.

Dorothy was born on February 26, 1935 in Farmer, South Dakota, a daughter of Louis and Fredericka Roth Friese. She married Richard Shields on August 5, 1956 at the American Lutheran Church in Gibson City. They were married for 54 years. He preceded her in death on August 28, 2010.

In 2016, Dorothy joined the Catholic Church and married Jerome Lawless of Strawn on August 13,2016 they made their home in Gibson City.

She was preceded in death by her parents; two sisters, Eileen Smith and Ila Tyler and three brothers, Everett, Arland and Ray Friese.

Family always came first for Dorothy, she loved to cook and bake for her family and friends. Dorothy had a passion for gardening, loved animals and all kinds of music. Her friendly smile will be missed.

Memorial tributes may be made to the Gibson Area Hospital, Shriner's Children's Hospital or St. Rose Catholic Church in Strawn, IL.


To send flowers to the family or plant a tree in memory of Dorothy Shields-Lawless, please visit our floral store.

To send flowers to the family in memory of Dorothy Shields-Lawless, please visit our flower store.